Finally getting around to it...

or Implementation of a long-overdue New Year's Resolution...

I have been interested in miniature wargaming for almost thirty years, and have been seriously collecting miniatures and rules for at least ten years now... but rarely using them to actually wargame. Our house has a room dedicated to the hobby, but which in truth has been at best a glorified display cabinet and at worst a storage room for unpainted lead! Each New Year I promise my wife that I will move from merely collecting to more active gaming, and each year - like so many other New Year's resolutions - the promise goes unfulfilled... until this year.

Late last year I came across the Two Fat Lardies and the broader Brotherhood of Lard. I was impressed with their philosophy of "playing the period, not the rules", their focus on command and leadership, and their commitment to narrative-driven wargaming. I was also impressed by the devotion and inspiration of the Lard community, and particularly their readiness to share their gaming ideas and experiences.

My first foray was into Sharp Practice, rules for larger scale skirmishers (around 40-60 figures per side) for the black powder period (1700-1865). I had enough figures to put together two small forces of 28mm Napoleonic Peninsular War British and French and for the first time in years I had figures on the table. 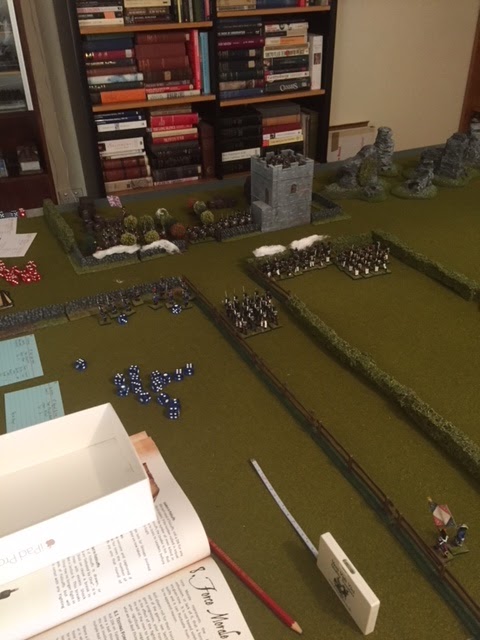 Admittedly, it was a solo game and primarily to get a better understanding of the game mechanics, but my past miniature adventures had rarely gone beyond army lists and eBay purchases, so this was real progress.

Since then, I've further fleshed out my Peninsular War forces - including some British marines and sailors, a good mix of French cavalry, and some Spanish guerrillas - added more terrain and scenery, and have played through some more solo games to get a feel for how they play with different troop combinations. I'm encouraging my old gaming partner back to the table, convinced some other friends and colleagues to get involved, and found some local enthusiasts, so am starting to get into full swing.

I have also started to expand my collection of Lard, moving onto Chain of Command, WW2 platoon-level rules, and looking to double up on my Mediterranean terrain, have started working on some scenarios from the Italian campaign. 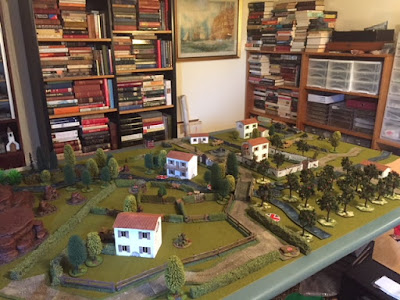 Inspired by other Lard Brothers in Arms, I have decided to capture details of my ongoing tabletop exploits, hence the establishment of this blog in the form of the military memoirs of Captain Fortier, my time-traveling (or maybe, like Orlando, age defying) Lard alter ego. 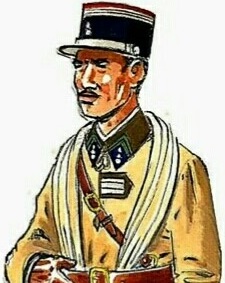